In Their Words: Nicole Perault

Mental Health Blog #6: What I struggle with, and how I hope to help others like me!

I was always an active student. In high school, I boasted a 3.7 GPA with being in National Honor Society, playing three different varsity sports at the D1 level for all four years, and even worked two part time jobs. I was ranked 63rd in the nation with my studies in veterinary science. I was known as a friendly, dedicated person who was on her way to working in the Veterinary field, and my accomplishments did not go unnoticed. Nothing I performed well in was unwanted by me when I say what I'm about to say. I went through most of my highschool life severely depressed and inhibited by anxiety and panic disorder, forced to make decisions purely on what the best outcome would be. I would think, Imagine how intelligent you would seem if you placed well with the national veterinary team! Working with two sports teams in the... Read more →

Yesterday the Norwich University Softball team had our first set of games, a double-header against the non-conference Mitchell Mariners. It was definitely overwhelming at first, I even failed to get a good sleep before the game. Even with a four hour bus ride down to New London Connecticut, I still failed to get proper rest. I started both games, and played both games through their entirety. In fact, I didn't do terribly. But, there's a reason why. Despite it being our teams first game, and half of the lineup consisting of freshmen, our teamwork was incomparable to any other team. Everyone was nervous at first, not just underclassmen. We laughed it off, we shook it off, and best of all, we played it off. By the end of the second game, we had mercy-ruled the Mariners 12-4 in 5 innings. It was as if we knew, everyone on our team... Read more →

To be completely honest, I think any student who lives in their dorm during room quarantine and has a significant other that lives hours away from them is heartbreaking. Everyone in college is different. Some students don't wish to have a relationship, some would rather share platonic relationships with others, whereas others are desperate to find their perfect soulmate on campus. Some already have found their loved one. And it's not just Norwich- it's everywhere. I had started dating my boyfriend 3 months before COVID-19 hit. Being the anxiety-filled person I was, I always enjoyed deep talks with him about our future. And little did we know of the new lifestyle that would rule over us as we finished up our senior year of High School. "You're lucky you can video chat with our technology these days!" "It's only one semester!" "You can still have date nights over zoom!" These... Read more → 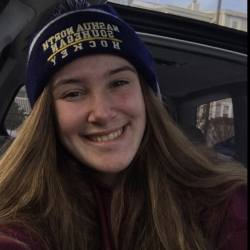